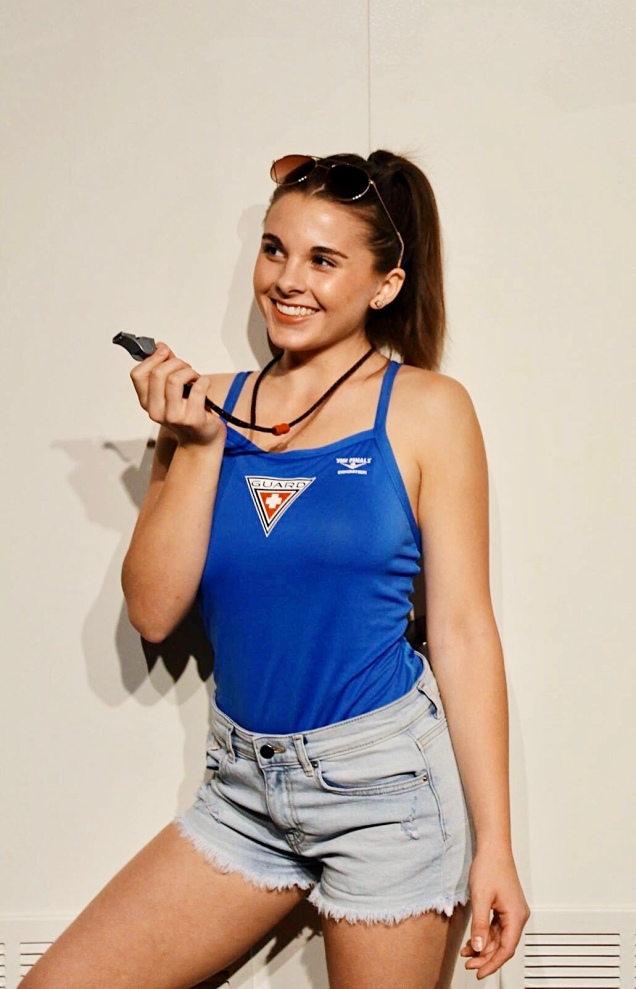 Guys! It’s finally been cool out! And, it’s officially Christmas time because Halloween is over and Thanksgiving is just pre-Christmas in my book… I think my roomies & I are gonna put up our tree this weekend! But, I wanted to show you all my Halloween costume for this year before my blog gets taken over by winter wear!

I was a lifeguard this Halloween & I know that’s pretty basic, but I was actually a lifeguard at one point in high school so I think it’s actually pretty relevant. AND I already had the stuff to make it work. I was also Pam from “The Office” & Jake dressed up as Jim so that was pretty cute too.

I hope you all had an awesome Halloween! I actually went trick or treating for the first time in a long time & yeah I know, I’m almost 20, but who doesn’t want free candy??

P.S. I know this isn’t exactly “chic” lol so it doesn’t fit with “Chic of the Week”, but I thought you guys might want to see it! Next week you can expect a cute winter outfit because it’s finally cooling off in Phoenix! Wahoo!